I often get asked why I chose the tripod I have and there are regularly questions on forums based around this too. So a few years ago I wrote the post below summarising my experience when choosing tripods. Hope you find this useful and if you were wondering, venice was lovely... 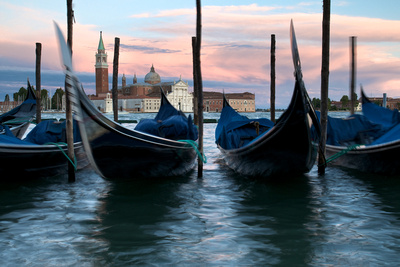 So I'm off to Venice in the summer and so wanted a tripod that I could easily carry around without it being a burden. That meant:
:: low weight
:: short when folded
:: tall enough to use standing, or minimum stooping (I'm 5'9)

I've trawled the many forums (fora?) and seen some great reviews by other people in the same situation. Argument between established and "knock off" brands seems rife and it's difficult to find decent comparisons; at the end of the day, everyone is reviewing their new tripod and bestowing it's virtues (partly because they're justifying their decision and partly because they feel justified in their decision). The only real comparison you then get are between the statistics of each brand, and again stats only say so much, and when it comes to load weights, some firms are overly confident.


So.... being the analyst that I am, I had to make a spreadsheet! I reviewed all the forums and official reviews and whittled the list down to Gtizo, Feisol, Benro. I appreciate there are other brands out there, but Gitzo and Benro seemed to be the most frequently mentioned and the Feisol was a bit of a wild card based on the low weight.

These are ordered by weight (according to manufacturers website)... 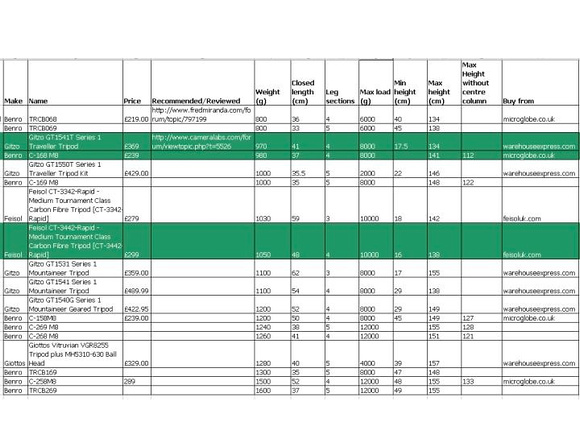 So I studied the reviews and decided on a Feisol CT-3442 Rapid. I initially decided that centre columns were an unnecessary weight and the Feisol's height without centre column was a selling point. This review also helped:

So it arrived, and it was a very light tripod but did seem far chunkier than I was expecting. The mount of the head is large and the triangular shape when folded seemed unnecessary (images further down). The 48cm length when closed was also longer in the flesh than I expected. If I was looking for a one tripod fits all (e.g. travel and studio - aka home!) this would be good but my travel needs were specific.

So I then revisited the fora and reviews and was taken by the Benro TRCB068 reviewed here:

The height figures didn't seem quite right so I ordered the next size up (weight was more of an issue than tiny tiny compact). I got the Benro C168 M8, which at 37cm was noticeably shorter than the feisol. Now this was a compact tripod and equally delightfully light. But there were a few niggling issues I had. It didn't seem quite "perfect". The quality of the parts and build seemed sub-perfect. Some of the legs loosened easily whilst others were different. Some legs would rotate very slightly (say 30 degrees). If the tripod had been £150 I probably would've stuck, but at £239 that's a huge investment in my eyes for something that isn't "perfect". I don't have money burning holes in my pockets but the comments on this blog post kept coming back to me:

Summary: buy quality now or upgrade every year and cost yourself more in the long run.

So after some more forum reading I decided to go crazy and splash out the £359 for a Gitzo GT1541T. Now every forum you read sings the praises of this tripod; that you get what you pay for, but that's a HELL of a lot of money. The thing that swayed me to try it was this review:

It arrived today and all i can say is OH. MY. GOD. Honestly, this tripod is stunning. it's everything the benro is but without those niggles. Yes I paid about £120 to get rid of niggles, yes I need to spend another £40 for a bag that's free with each of the other two and yes it's still a HELL of a lot of money. But it's an investment. It has the standard warranty of the country you buy in (1 year in UK), and if you register on Gitzo that extends to an additional five years. I like the peace of mind and I'm so impressed with the tripod.

Firstly, lets look at all three, folded and alongside the bags they come packaged with. 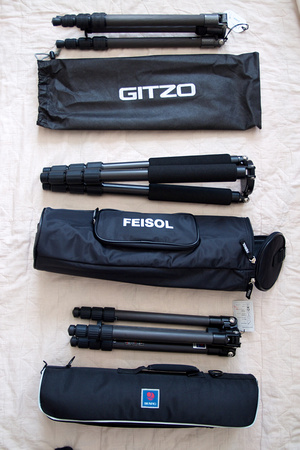 Both Feisol and Benro have quality bags with arm strap, zipped compartment and pockets for tools etc. All three tripods can fold their legs back on their selves with the idea that a small head will fit between the folded legs. NOTE: there aren't many heads that small! The Feisol bag is exactly the same length as the folded tripod so limited space for a larger tripod head that won't fit between the legs. The benro has a good couple of inches spare so plenty of room to leave head on inverted or not. The Gitzo bag meanwhile is only any good for storage and preventing dust. You wouldn't carry the tripod in this! I'm still awaiting the neoprene bag that cost £40 extra - will update when it arrives.

So next up, the folded lengths... 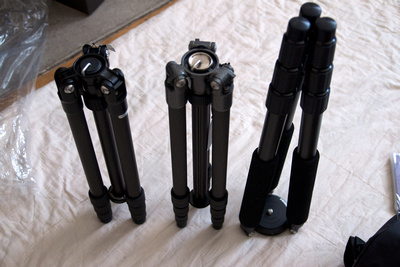 The benro is marginally shorter than the gitzo but not noticeably so. The Feisol though is noticable and doesn't feel like a travel tripod.

The diameter of Benro and Gitzo is again almost identical and I couldn't say which is smaller although Gitzo feels more compact somehow. Feisol though is considerably larger (Gitzo on left, Benro on right)... 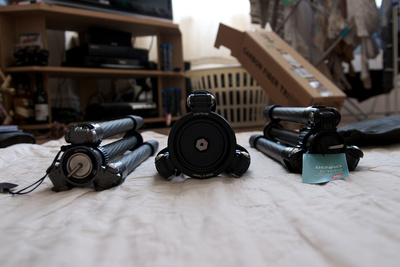 In terms of proportion, here's the Benro, and slightly longer Gitzo alongside a DVD case... 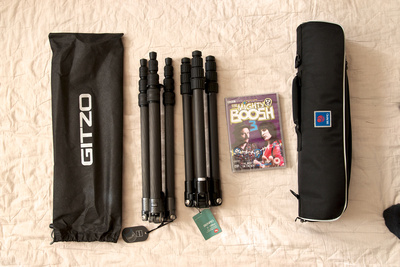 So finally, the tripod lengths side by side.... 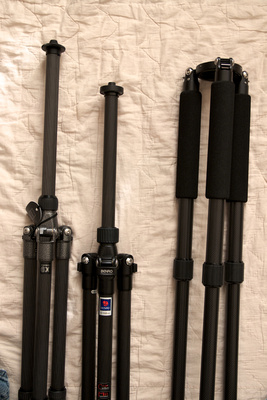 Please review the spreadsheet image for the different sizes and heights, but what I would say is that you mustn't forget the addition of tripod head and camera (plus vertical grip if you have one) atop the height of tripod. I'm getting this for sturdy photo taking during the "golden hours" so a slight stoop is no disaster. The Feisol would mean no stooping while benro and Gitzo would mean a slight stoop for composing with centre column down (recommended).

Feisol: ideal for tall people. It's light and as compact as you'll get for something sturdy at that height. The leg locks are very well made and the "rapid" system is comparable to Gitzo's ARL; one quarter turn of all locks on a leg releases all at once. one quarter lock secures again. The legs are thick and sturdy. (£299)

Benro: A "cheap" alternative to the gitzo, but at £239 it's not cheap. The leg locks are not consistent, and there are "niggles". it's as light as the Feisol, but the one or two inches shorter in folded length do equate to shorter height when extended. You do get a good bag, but I in my opinion you'll buy this and keep pinning for the Gitzo. Eventually you'll buy the gitzo and wonder why you wasted £239 getting there.

Gitzo: Perfection. all the forums I read went on about Gitzo quality or conversely falling for the reputation and ludicrous price. When I got the Benro I was initially impressed but there really is no comparison. If you need a travel tripod, get a very cheap £100 one for a couple of trips OR get the gitzo. Don't go inbetween; you're either spending too much on a hobby your not commited to or your spending too little on a hobby you'll keep up for years.

I'm indecisive, but having bought all three and compared I know I've made the right decision for me. In the UK you can return anything bought online for a full refund within 7 days. You do need to pay for return postage but I'm pleased i did. If I'd flown in and bought the gitzo I'd be worrying I'd spent over the top, so order the Gitzo and one alternative and decide for yourself.